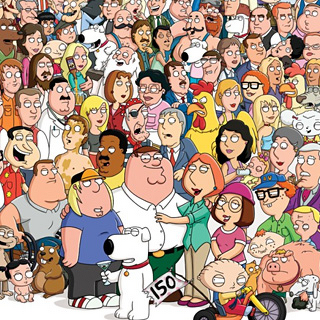 Family Guy Wiki is a fan-made site that aims to be the most comprehensive source of information on Family Guy, including character bios, episode guides, filmography, inside jokes, hidden messages, voice actors, and more.